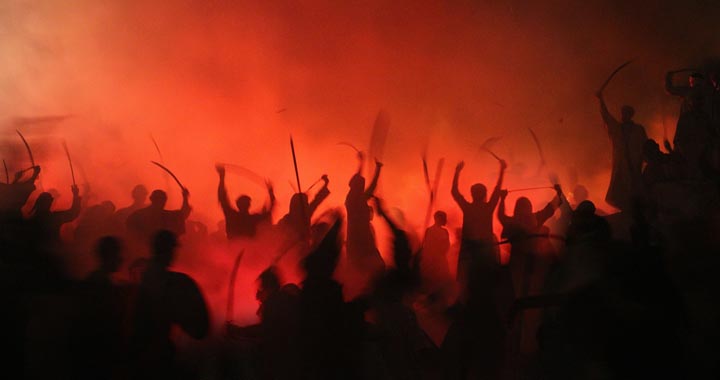 The last Six months has been quite a challenge for real estate agents, trying to stay connected with clients and continue marketing properties to an audience that is somewhat reluctant to make a decision on new space until they are confident regarding the potential utilization of any particular space moving forward.  As if this has not been challenging enough, civil unrest in cities across the U.S. has put agents on edge, with concern over personal safety while showing or touring, unsure as to whether an embarrassing or potentially dangerous situation might arise.  In dealing with COVID-19, there is at least a clear and acceptable solution to mitigate in wearing a mask.  With the issue of personal security, the answer to the question of what to do is much more complex and daunting.

What would you do?

I was speaking with a broker in Wisconsin last week who said that one of his junior agents went downtown to visit with a client and while sitting outside during a simple business lunch, they were approached and accosted by several individuals who felt like their right to loudly voice and physically assert their general discontent superseded anyone else’s right to peaceful and private discourse. What would you do in that situation?  This country was founded on a mutual respect of the rights of others, but what if those who may be ignorant of the definition of “peaceful protest” infringe on your right to be left alone and simply conduct business? During a time when even police officers are openly attacked, ambushed, and even murdered, how do we protect ourselves?

For those of us who are former military, properly trained and confident in our ability to handle firearms, a concealed carry permit is as natural as a driver’s license. But a license should never replace your eyes, ears or brain.  The Judgment call on when and how to exercise the right that it provides however is entirely owned by the individual and up for debate.  The split-second decision to threaten or use any force can have life-changing consequences, so you must be entirely prepared both physically and mentally should you be forced to make such a decision.  If you are not, then you should choose one of many other alternatives in personal protection.

Several inexpensive and non-lethal means are available to anyone looking to quell an unexpected heated exchange before it escalates. If you are pushed into a corner and feel threatened, then you have the God-given and constitutional right to push back on bully tactics in whatever way that allows you time to escape the situation. Mace, pepper spray and stun-guns are effective means against one or just a few attackers, but make sure that if they are followed by an angry mob, that you don’t simply poke the bear. Which reminds me that while in Alaska, we carried bear spray, so that also may be useful.  And of course, taking a good old fashion martial arts class would boost your confidence and physical ability.

The best solution of course is to avoid any potential encounter to begin with. Fighting is always the last solution to a problem.  If it all possible, just look to avoid areas where you think or know there may be a possible run-in. But if it is unavoidable or you are surprised and threatened, then simply prepare in advance so that you are not caught off guard, potentially fumbling as you attempt to defend yourself.  In the military, we remembered the 6 P’s; Proper Preparation Prevents Piss Poor Performance.  Take a concealed weapons class. Go to the range. Periodically practice with your spray or your taser so that you are entirely adept when necessary.

At RealtyZapp, we believe that Black, Brown, Yellow, Red White and Blue lives matter. We are one nation under God and stronger when we stand together against brutality, oppression or wanton aggression from all enemies, foreign and domestic.   Take care of yourselves, Godspeed and God bless our nation as we look toward healing the unrest and move forward to a more perfect union.